The just-revealed report by Special Prosecutor Dan Webb is unsparing in its criticism. 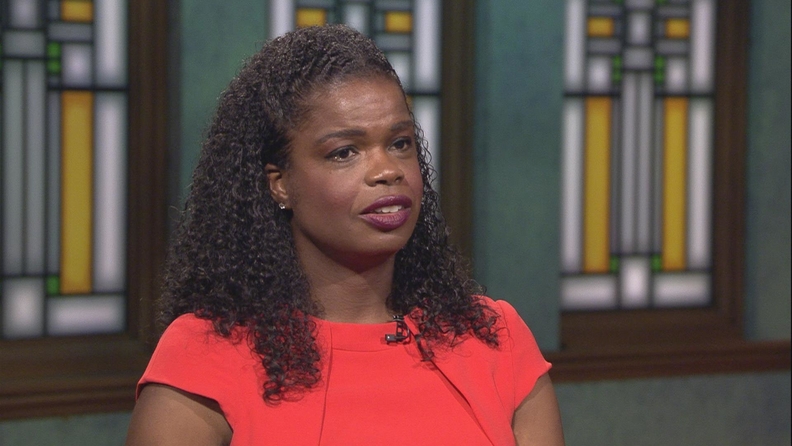 Cook County State’s Attorney Kim Foxx and her staff badly mishandled the prosecution of TV star Jussie Smollett and repeatedly made “false and misleading statements” to the public about what they did.

That’s the bombshell gist of the report finally was released to the public today by Dan Webb, the special prosecutor who earlier this month convicted Smollett of faking what the actor said was bigoted physical attack on him.

The report, ordered released earlier today by Cook County Circuit Court Judge Michael Toomin, is extraordinarily harsh in its appraisal of how Foxx’s office first charged Smollett with a series of felonies, then abruptly dropped all charges with minimal explanation.

Among crucial revelations is that Foxx was in regular touch via phone calls and texts with Jurnee Smollett, Jussie Smollett’s sister, for at least five days after Foxx knew that the Chicago Police Department had opened an investigation into the actor for making a false report.

Another is that Foxx and aides falsely said Smollett could be fined only $10,000, the amount in bond he agreed to forfeit as part of the original charges filed against him. In fact, Smollett ultimately may be responsible for repaying the entire $300,000 CPD says it spent investigating his charges that he was attacked while walking near his hotel at 2 a.m.

The report says Webb found no proof that would warrant criminal charges against either Foxx or aides. But it underlines that there may be enough for state attorney-licensing authorities to take action.

Neither Foxx nor her political patron, Cook County Board President Toni Preckwinkle, had any immediate statement on the report. Toomin had ordered the report held secret during the recent prosecution of Smollett since it was based in part on normally secret grand-jury testimony.

Overall, the report contends, the office committed “substantial abuses of discretion and failures” in its handling of the case. Beyond that, the office “breached its obligations of honesty and transparency by making false and misleading statements.” That’s also the case with Foxx personally, it said.

The report starts by challenging the office’s decision to drop charges, saying it was not justified by new evidence or other developments that changed the facts of the case.

Foxx recused herself from the case amid rumors that she was conflicted because of possible ties to the Smollett family. But, the report continues, that didn’t stop her and others in the office from falsely saying that the dismissal was similar to how thousands of other relatively low-level cases had been handled.

Despite her recusal, Foxx also wrote an op-ed opinion column in a Chicago newspaper justifying the dismissal because Smollett had “no previous criminal record.”  In fact, Smollett had been convicted in California of a misdemeanor charge of giving a false report to police in a DUI case.

Foxx also pivoted from saying her office had a “strong” felony case against Smollett to saying the case was “uncertain” without explanation.   And she regularly received briefings during the period during which she on occasion made comments rather than just listening.  Toomin had agreed to period briefings so that Foxx could speak about the case with knowledge if questioned by reporters.

Potentially the most eye-grabbing contention in the report concerns the five text messages and three phone calls between Foxx and Smollett’s sister.

One of those calls came when, after a series of media leaks that may have come from police, Foxx called then-Police Supt. Eddie Johnson and asked him to turn over the case to the FBI. Foxx had received a call on Smollett’s case from former White House official Tina Tchen, a friend of the Smollett family, but the Webb report says Tchen did nothing improper.

Jurnee Smollett, Jussie’s sister, until September had been on the board of Time’s Up, where Tchen was CEO until she resigned in the wake of the Andrew Cuomo scandal. The Time’s Up board is now being reorganized.

Why is the Jussie Smollett Case Important?
Check Us on Facebook
Read More
Wordpress Social Share Plugin powered by Ultimatelysocial