Minneapolis closes in on homicide milestone at end of violent year 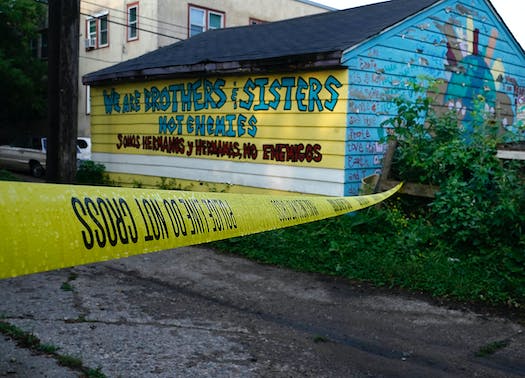 With 2021 coming to a close, Minneapolis is approaching a grim milestone.

The city recorded its 96th homicide this week, one shy of the record set in 1995.

A surge in gun violence in 2021, especially in the city’s most diverse and lowest-income neighborhoods, fueled the second straight year of what has become Minneapolis’ deadliest period in a generation. The homicide count this year surpassed 2020’s 84 reported killings — an increase many prayed was an aberration — and doubled 2019’s.

The killings tell only a fraction of the story of gun violence playing out on the streets, and do not capture the reckless non-fatal shootings, like that of a grocery store clerk during a robbery in the Bryn Mawr neighborhood Thursday morning. Police and paramedics have responded to nearly 500 shootings this year, and more than 600 people have been treated for gunshot wounds in Minneapolis hospitals, according to data published by the Police Department. Reports of gunfire are up by every available metric. And armed carjackings have nearly doubled over the past three months compared with last year at this time.

It’s not just Minneapolis. St. Paul hit its highest homicide count in history weeks ago. Chicago surpassed 800 homicides this year, for the first time in a quarter-century, according to WBEZ, the city’s public radio station. While 2021 numbers are still being tabulated, major cities across the country appear to be caught in a similar bleak reality.

According to preliminary numbers from consulting firm AH Datalytics, the homicide count increased 7% in the country’s largest cities this year compared with 2020.