‘A textbook case of a hate crime.’ Man charged with painting swastikas on synagogue and on grounds of Jewish school, smashing windows at other synagogues

An attorney for Shahid Hussain, 39, said he had been diagnosed with “mental health issues.” A judge ordered him held on $250,000 bail. 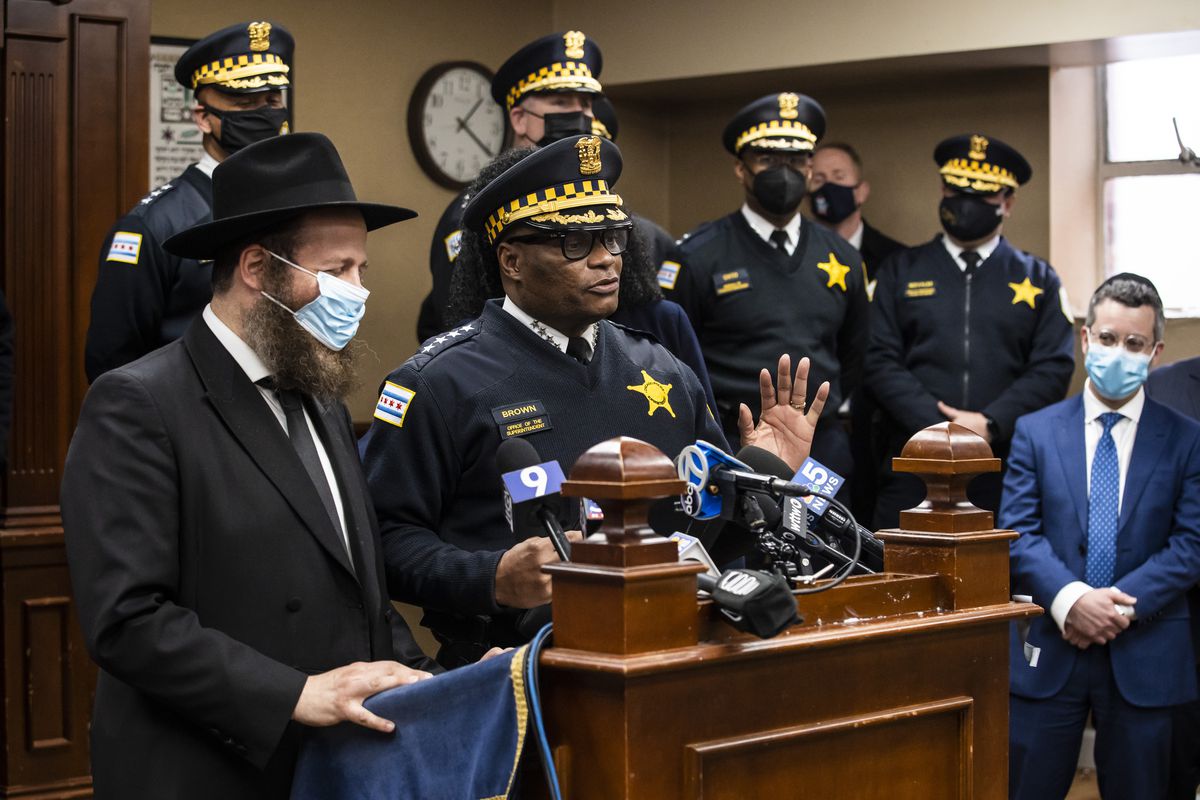 A man with a long criminal record and an apparent history of mental illness is accused of going on a hate crime spree in West Rogers Park last weekend, spray-painting yellow swastikas on a synagogue and on the grounds of a Jewish high school in Rogers Park, smashing windows at two other synagogues and making threatening gestures.

Calling the allegations “a textbook case of a hate crime,” Judge Barbara Dawkins ordered Shahid Hussain, 39, held on $250,000 bail. If he gets out of jail, she warned, he must stay away from the places he vandalized.

“Yes, your honor, I was…” Hussain started to respond before trailing off. 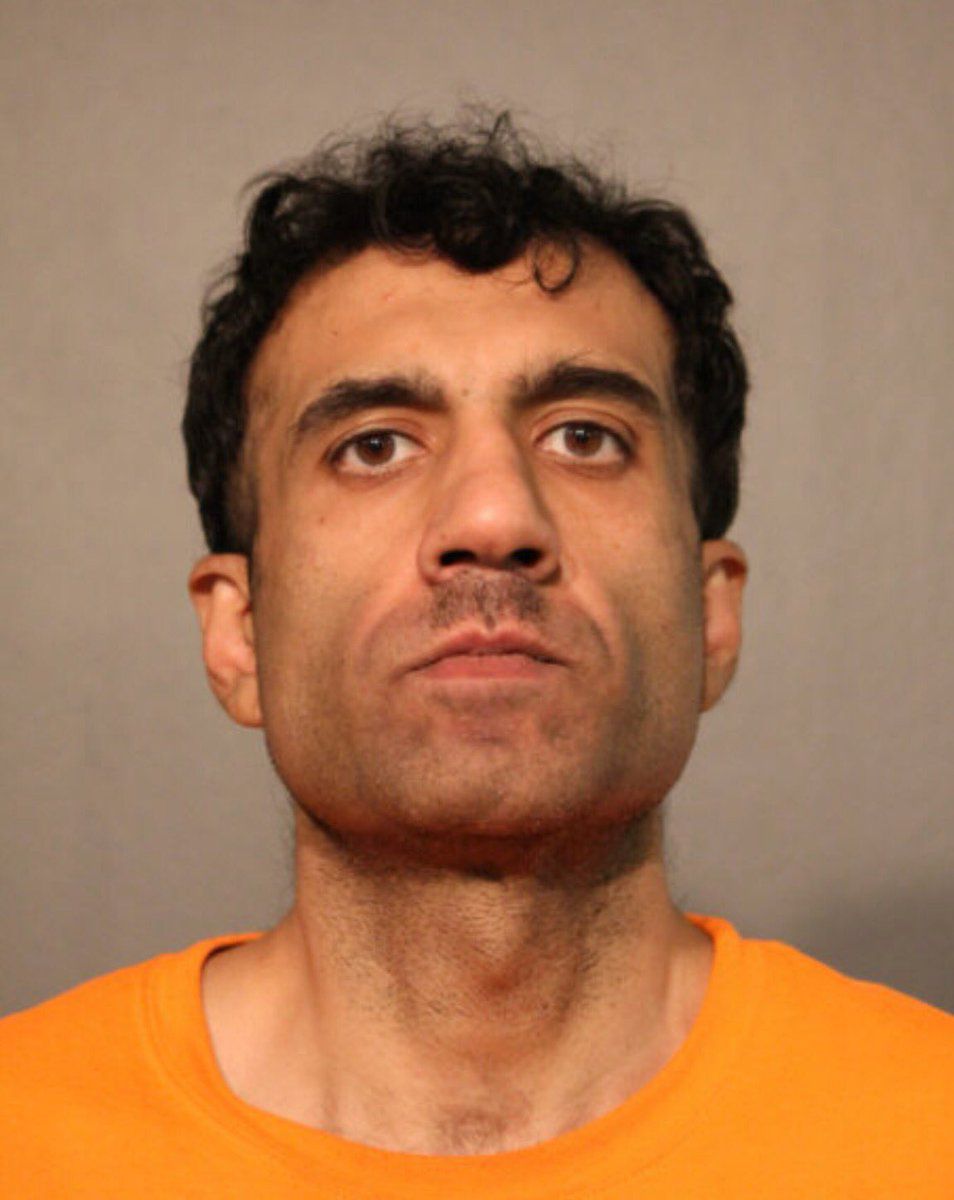 As Hussain was appearing in court, Jewish leaders were standing with top law enforcement officials to urge the community to find positive ways to combat antisemitism.

“I encourage everybody to take this moment also to bring more good and more light in the world, and this way make the world a better place,” said Rabbi Baruch Hertz of Bnei Ruven. “And the message is that we will stand stronger and build even stronger and greater, and this way bring a unity to our community.”

Ald. Debra Silverstein, whose 50th Ward covered the area of the vandalism, told the news conference that “hate has no place in this neighborhood and bigotry will not be tolerated. I have always prided myself on representing the most diverse neighborhood in the city of Chicago. Our diversity is our strength, but we can only stand strong when everyone feels safe.”

The swastikas were discovered Sunday on a wall of the F.R.E.E. Synagogue at 2935 W. Devon Ave. and on a shipping container used by the Hanna Sacks Bais Yaakov High School at 3021 W. Devon Ave., according to police.

Hussain is also accused of shattering a glass door and cracking another at a synagogue several blocks away, in the 2800 block of West North Shore, police said.

He also allegedly kicked in a side window at a synagogue in the 3600 block of West Devon, where two teens in a dormitory saw Hussain wearing a cape and a red hat as he yelled about “Jews” while breaking lights, according to Assistant State’s Attorney James Murphy.

A different witness described the cape Hussain was wearing as having a yellow swastika on it, Murphy said.

Hussain was seen on video miming with his hands as if he was racking and firing a shotgun as he walked around the building, Murphy said. 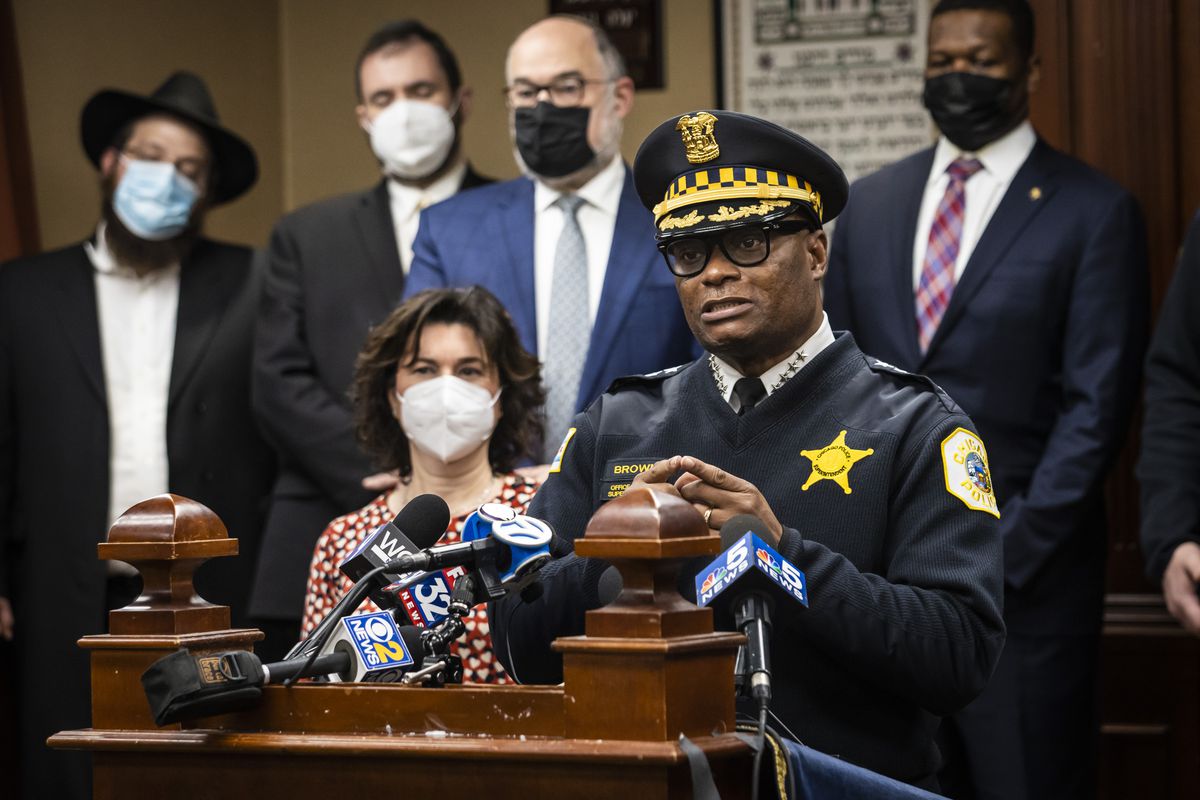 In a post on Facebook, Hussain wore a false “Hitler” mustache and made “Nazi-like” arm salutes while admitting to causing some of the damage, Murphy said.

Police Supt. David Brown told reporters that detectives are continuing to investigate a broken window at Tel-Aviv Kosher Bakery, 2944 W. Devon, and are looking into an incident Tuesday morning at Bnei Ruven where a member of the congregation was “threatened by several individuals.”

The 35-year-old man at 6:55 a.m. Tuesday was outside in the 6300 block of North Whipple Street when three people in a silver sedan approached him, according to Chicago police. One person got out of the car and verbally threatened the 35-year-old man, police said. As the trio was leaving the area, they crashed into a parked car, damaging a window of that vehicle, police said.

Hussain, from Niles, faces four counts of a hate crime as well as charges of criminal damage and defacement.

“These acts of hate gripped the West Rogers Park community and shocked the city of Chicago,” Brown said.

An attorney with public defender’s office said Hussain works as a machine operator, lives with his mother in Niles and has two young children. Hussain has been diagnosed with “mental health issues,” the attorney noted. 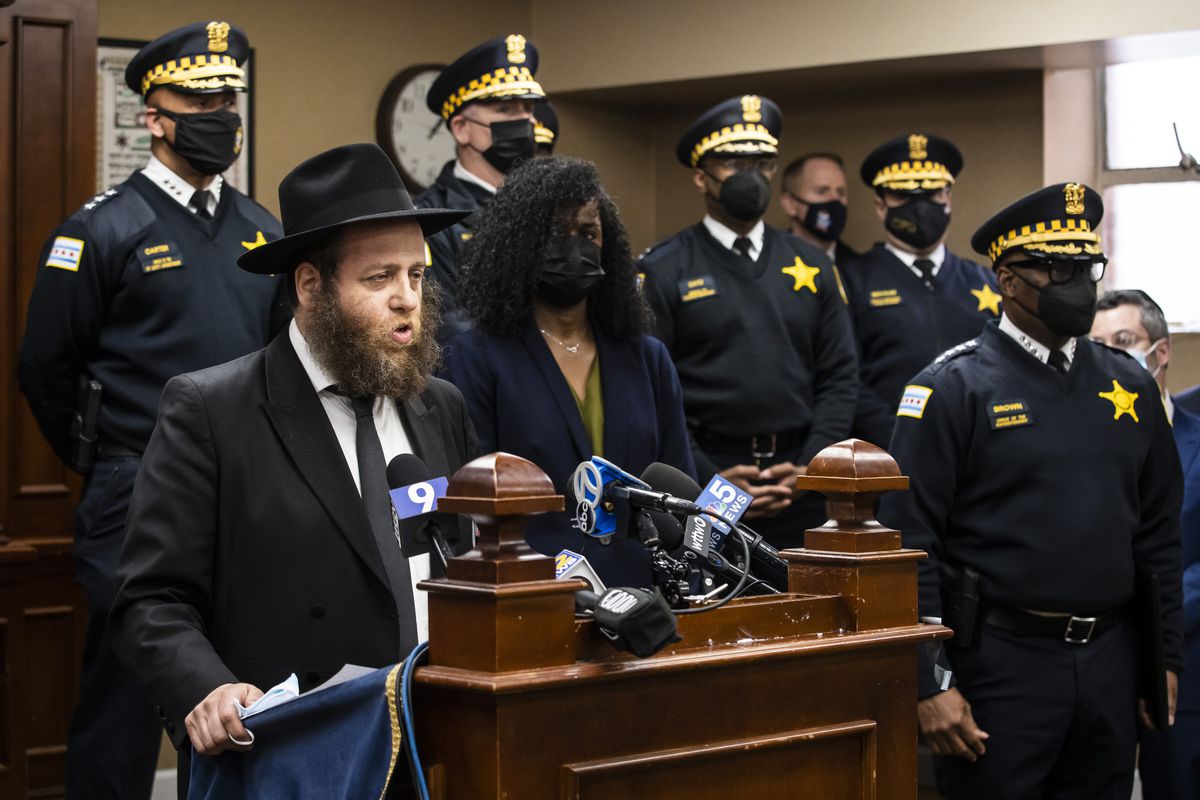 But the judge pointed out Hussain’s criminal record.

He was most recently sentenced to 12 months probation last September after pleading guilty to a stalking charge. He’s also currently on probation stemming from a 2017 burglary case in DuPage County.

Hussain previously pleaded guilty in 2014 to a felony count of aggravated driving under the influence and was sentenced to 90 days in Cook County Jail and 12 months probation, though he repeatedly violated the terms of his release and the case was extended.

In 2017, he pleaded guilty to a felony count of forgery and was sentenced to two years in the Illinois Department of Corrections, records show. The same day that case ended, the sentence in his other felony case was amended and he was given a concurrent sentence.

Hussain was expected back in court on Feb. 7.