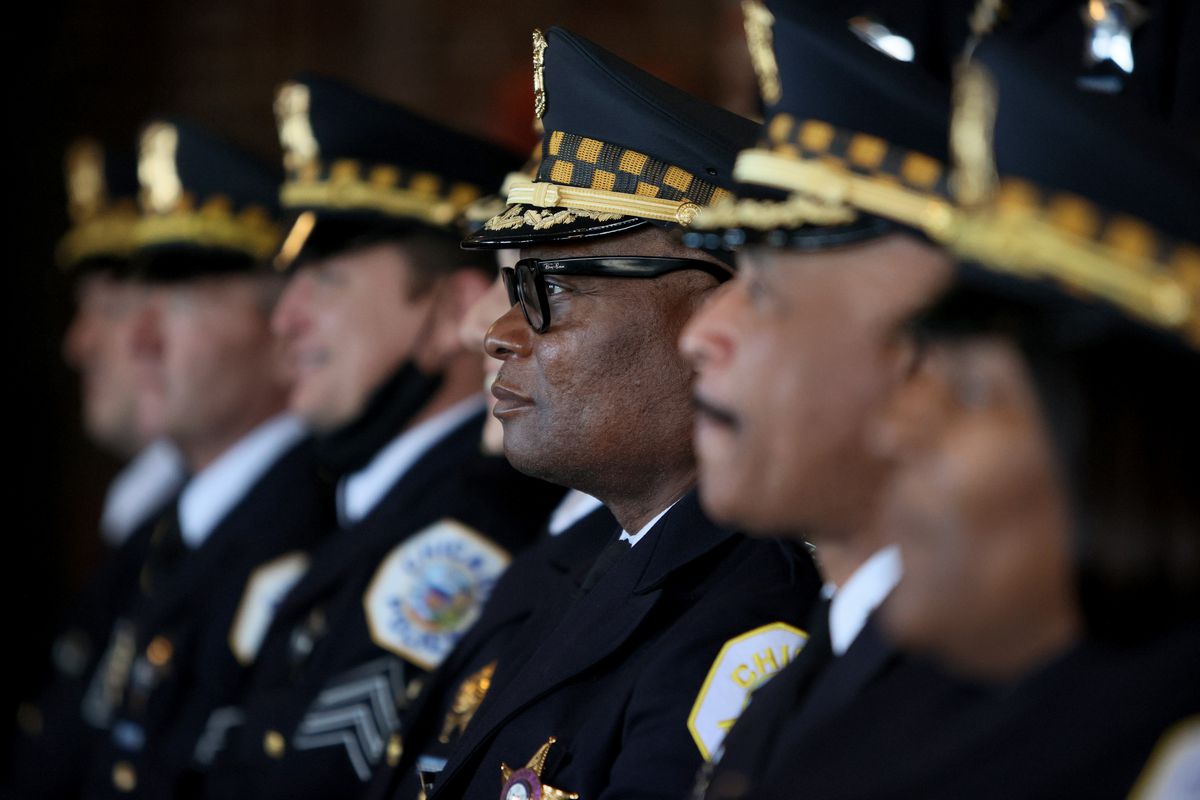 More than 300 Chicago police officers are being reassigned as the department struggles to bolster arrests and address surging violent crime amid a hiring slowdown and a flood of retirements.

This week, 211 tactical officers and 64 members of the already depleted Community Safety Team are being shifted to district assignments to patrol streets and answer 911 calls, according to two supervisors with direct knowledge of the decision.

Officers with the lowest number of arrests dating back to last year are being reassigned, the sources said.

In addition, 45 officers detailed to administrative positions at Chicago police headquarters are being sent back to district assignments and other units Thursday “to strengthen public safety across the city,” according to a statement from the department.

The latest reshuffling of officers has led some police supervisors to once again raise alarms about Supt. David Brown’s leadership, a crisis of confidence that has been simmering for months.

The source was among four police supervisors who told the Sun-Times last month they didn’t believe Brown is fit to serve as the city’s top cop. In response, Mayor Lori Lightfoot vehemently defended her handpicked superintendent and called those who spoke out “cowards.”

The criticism came as Brown and Lightfoot warned supervisors that they faced demotion if they failed to pump up arrests and community engagement. Most tactical officers were assigned to beat cars, a move Brown privately blamed on the surge in COVID-19 cases.

But sources at the time insisted the decision was actually based on officers’ performance. The sources warned that cutting tactical officers — who respond to gunfire and gang disturbances — could have an adverse effect on public safety.

Some supervisors raised those same concerns with the latest personnel moves.

“Forcing police activity through numbers is not the answer to motivating a demoralized workforce — leadership is,” one supervisor said Tuesday. “And the superintendent has proven himself incapable of leading. He belittles his command staff, refuses to attend roll calls, doesn’t go out into the community. And something’s got to change.”

Alex Murphy, a mayoral spokesman, confirmed in a statement that tactical officers from multiple units were reassigned because they were “seriously underperforming.”

“Despite many opportunities to turn around their low performance, it did not improve,” he said. “They have been subsequently reassigned to beat assignments to assist in answering 911 calls in their district to increase our responsiveness to residents across the city.

“This track record over the course of the past year has consequences and those who are not contributing to the crime fight will face ramifications,” he said. “We are holding ourselves and everyone involved in the crime fight accountable. Our residents deserve no less.”

The overall number of arrests has fallen significantly since 2019, although the legalization of cannabis, the onset of the pandemic and other factors have likely contributed to the dropoff. Arrests for 2021 were down 45% compared to 2019, according to police data, even though 55,000 fewer crimes were reported.

Lightfoot has argued in the past that officials “cannot arrest our way out of this problem,” referring to gun violence, a statement that has been echoed by Brown.

“You say in one breath you can’t arrest your way out of a situation, yet you’re giving people a hard time about arrest numbers,” the high-level source said. “So when does the quota come in for the arrests?”

The city currently faces a whistleblower lawsuit filed last year alleging a quota system was put in place for the Community Safety Team, which Brown built up not only to fight crime but boost positive interactions with residents in high-crime communities.

In November, he gutted the unit that once had about 875 officers. It was down to fewer than 240 last month, according to the city’s inspector general’s office.

The department is also moving officers from headquarters back onto the street.

Ald. Jason Ervin (28th), chairman of the City Council’s Black Caucus, questioned in October why hundreds of “civilian positions” remained even though the last four mayors have seemingly made it a priority to get cops from behind desks.

After taking office, Lightfoot merged administrative functions of the police and fire departments and the Office of Emergency Management into a new Office of Public Safety Administration in an effort to generate savings by replacing officers with civilians and reducing massive police overtime spending.

Meanwhile, there has been no action on a resolution Ervin introduced last year to create “clear criteria for why any positions that civilians can work are filled by sworn officers.”