Homicides in Atlanta are on track to beat last year’s 30-year high of 158 murders while rapes are up 236% after a soft-on-crime mayor and pandemic lockdowns sent crime in the city spiraling.

Atlanta Police Department statistics revealed on Friday, that homicides are up 43 percent for 2022 compared to the same period, from January 1 to February 12, in 2021. In total, there were 20 homicides so far in 2022 compared to 14 last year.

The Atlanta Police Department has said ‘irresponsible gun ownership’ has led to many of the shootings this year, according to the Atlanta Journal-Constitution, after more than 2,000 firearms were stolen from vehicles in Atlanta last year.

While some city officials laid the blame at woke former Mayor Lance Bottoms, who announced she wasn’t running for office again in 2022, for not doing enough to tackle crime. Meanwhile, Bottom tried to blame local Republicans for lax gun lows and lifting the pandemic lockdown.

In January 2021, City Council President Felicia Moore announced she would be running to unseat the then-mayor on the grounds that ‘crime that is out of control in every neighborhood.’

‘And you must do more to reduce the bloodshed here,’ she told her, according to  New York Magazine.

‘I don’t want to hear the word ‘uptick.’ Stop minimizing our concerns by telling us that ‘crime is up everywhere’,’ he said in a statement. 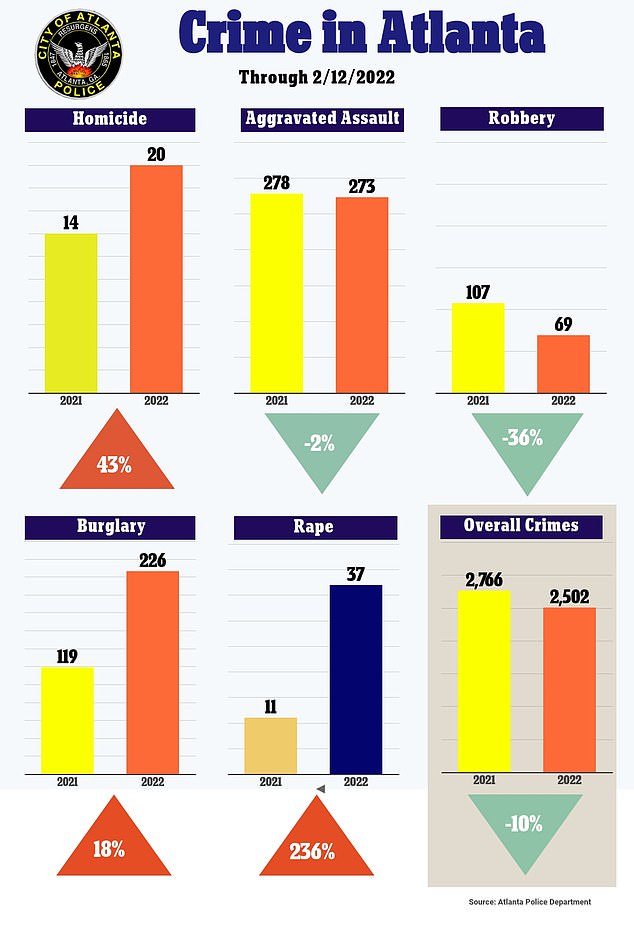 ‘Spare us from the lie that the steady outflow of our officers isn’t as bad as it is,’ Shook’s statement said.

‘And please, not another throw-away press conference utterly devoid of game-changing action steps.’

Bottom responded to criticism, say her mentioning the rise in violence across the United States is ‘not an abdication of responsibility, but an acknowledgement of the widespread severity of this issue.’

But by May last year, Bottoms announced she would not seek another term in office.

‘Remember, in Georgia, we were opened up before the rest of the country, even before the CDC said that it was safe for us to open,’ she said in an interview with MSNBC’s Stephanie Ruhle.

‘So our night clubs and our bars remained open, so we had people traveling here from across the county to party in our city.’

She said the pandemic ‘left a lot of people battered and bruised, not just physically, but also emotionally,’ which led to an increase in personal disputes that could easily be exacerbated by guns.

‘Until we deal with the systemic issues of gun violence in this country – how easily young people with mental illness can access guns in this country, I’m afraid that this will not be the last summer that we are having this conversation.’

She noted that Atlanta is not the only American city experiencing a crime wave as the pandemic wanes, with shootings in New York City up about 68 percent over last year, according to the New York Post. 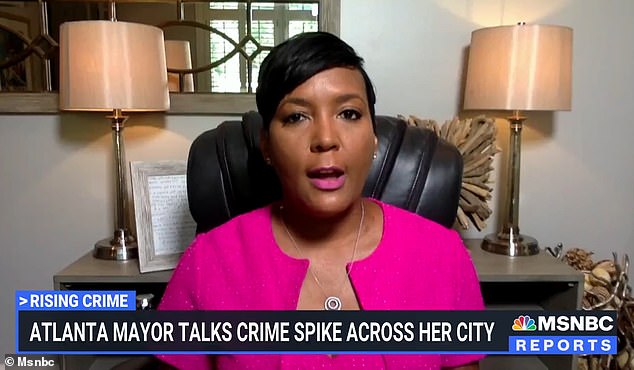 ‘If it were an Atlanta issue alone, then I’d know that there was something we weren’t getting right,’ the mayor said.

‘But I’m talking to mayors and hearing from mayors in cities and large urban areas, we’re all experiencing this, which means that we all have to work together to find a solution to this gun violence that is gripping our nation.’

New Atlanta Mayor Andre Dickens, who was elected in November on his pledge to fight crime, has already pledged to install a combined total of 10,000 new streetlights, security cameras and license plate readers in the city, as well as hire hundreds of new police officers.

Connect Atlanta, a network of more than 4,500 surveillance cameras across the city will allow officers to pull up footage on their cellphones and laptops before they get to the scene.

‘We’re moving from a video integration center to a real-time crime center,’ Chief Rodney Bryant said, according to the Atlanta Journal-Constitution.

He said he hopes the new technology will make officers more proactive in addressing crime.

Last year, the rising crime pushed residents in Atlanta’s wealthiest suburb to announce they planned to secede from the city last year, and even introduced a bill in Georgia’s legislature to de-annex the suburb.

The leader of the movement, Bill White, the CEO of Buckhead City Committee (BCC), said they wanted to create their own police department as crime skyrocketed throughout the area – where the average house price is $1.4 million.

‘We are living in a war zone in Buckhead,’ White told Bloomberg Businessweek. ‘Shootings and killings, it just never ends.’

White, who officially filed to secede from the city in June, had slammed Atlanta city leadership, including Mayor Keisha Lance Bottoms, accusing her of ignoring the soaring crime and presiding over a demoralized and underfunded police department.

If the bill passed, White said he expects the new city of Buckhead to be up and running by June 2023, according to Bloomberg Businessweek.

But earlier this month, the Atlanta Journal-Constitution reports, their efforts to secede from the city were quashed when both Lt. Gov. Geoff Duncan and House Speaker David Ralson announced their opposition.

The break would have harmed the city of Atlanta financially, as Buckhead would take around 90,000 citizens with it, which is approximately one-fifth of the population, according to Bloomberg Businessweek.

The latest grisly crime in Atlanta took place on Saturday when a security guard was shot and killed at the Courtesy Chrysler dealership at around 11pm. He was later identified as 24-year-old Henry Ashley by his wife, Kyla Rushton, with whom he has a four-year-old son.

Rushton said she was on the phone with Ashley when he got the dispatch call that someone was on the property of the dealership. She said he was shot in the back.

The couple had a bad feeling about work that day, Rushton told WSB, and the two were discussing leaving the security business due to the rising crime. 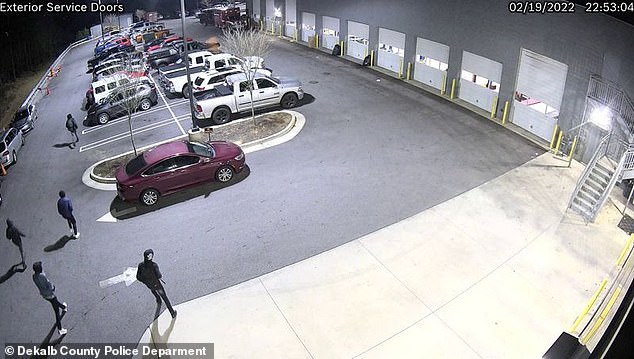 ‘I have to stay strong for my son,’ Rushton said, adding: ‘I hope whatever they wanted here was more important than his life. I hope they got what they wanted, taking a husband a son, a father, a brother so young.

‘We were planning on buying a house this summer,’ she said. ‘This was our first time we were able to do this and it all got ripped away in a matter of moments.’ 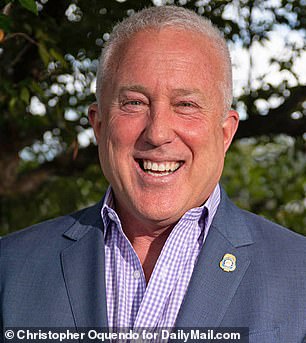 Bill White, the CEO of Buckhead City Committee (BCC), led the movement for the wealthy suburb to secede from Atlanta

No suspects have been arrested yet in connection with his murder, but the Dekalb County Police Department has released a still of security camera footage showing at least five suspects walking through the dealership’s parking lot.

Meanwhile, just a few weeks earlier, an acclaimed British astrophysicist was killed by a stray bullet as he laid in bed with his girlfriend at her Atlanta apartment.

Dr. Matthew Willson, 31, had been in the U.S. barely two days when, on January 16, he was hit in the head by a round fired amid a ‘rapid’ and ‘reckless’ volley believed to have come from an apartment complex less than 200 feet away.

The Atlanta Police Department is now investigating the death as a homicide. 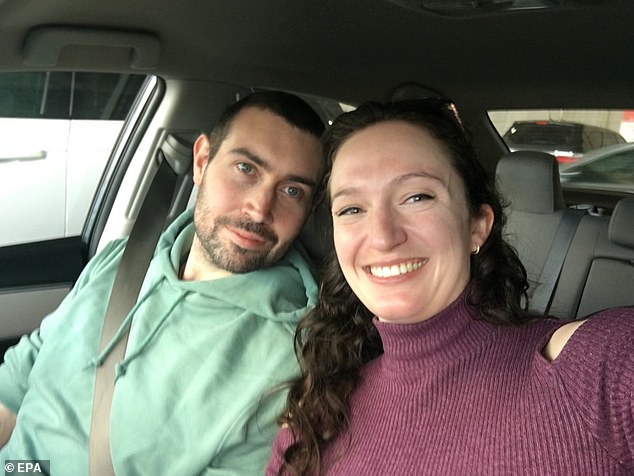 Matthew Willson, 31, an astrophysicist from Surrey, England, had just arrived in Atlanta to stay with girlfriend Katherine Shepard (right) when he was shot in the head by a stray bullet on January 16. 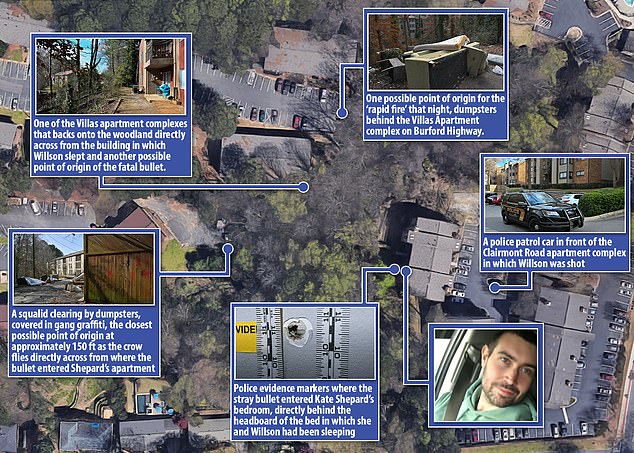 Willson was hit in the head by a round fired amid a ‘rapid’ and ‘reckless’ volley believed to have come from an apartment complex less than 200 feet away.