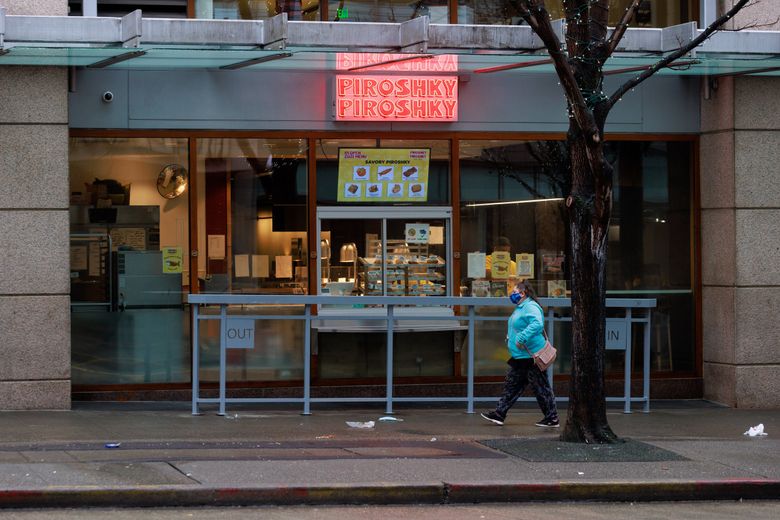 It wasn’t just the fatal shooting Sunday that led Olga Sagan to close her Piroshky Piroshky bakery in downtown Seattle.

Last week someone was shot and injured near the bakery’s location near Third Avenue and Pike Street, Sagan said. When she tried to open the store Saturday, she found people using drugs at the entrance who refused to move. Private security couldn’t get them to relocate. She called the police, she said, but no one responded. The store, which serves traditional Russian pastries, remained closed.

On Sunday afternoon, a man was shot to death around the block from the bakery. That’s when Sagan told employees she was closing the bakery and will try to find jobs for them at other locations, adding that she hopes to reopen when it is safe.

“How many shootings do we need to have to realize this is an active emergency in downtown Seattle?” she said in an interview. “The streets of downtown have been abandoned by the government,” she said, “and handed over to criminal activity.”

The Seattle Police Department didn’t have a comment about Sagan’s concerns as of Sunday evening.

Police detectives were investigating the shooting death Sunday of a man near Third Avenue and Pine Street. Officers found the man with multiple gunshot wounds around 12:30 p.m., according to Detective Valerie Carson.

Officers and Seattle Fire Department medics both attempted lifesaving measures but the man was declared deceased at the scene,” she said, adding that she had no further information about the crime.

For Sagan, crime along Third Avenue downtown has become a more frequent, and graver, concern since reopening the downtown location of Piroshky Piroshky last September. Business at the restaurant’s location in Pike Place Market, which remains open, has rebounded to pre-pandemic levels, she said. Sales at the Third Avenue store were down about 85%.

Sagan emphasized that her concern is with crime, not homelessness and that the criminal activity alone drove her decision to close. “I really don’t want to wait until my employees get shot, or my customers get shot,” she said. “I feel it’s not far-fetched right now.” 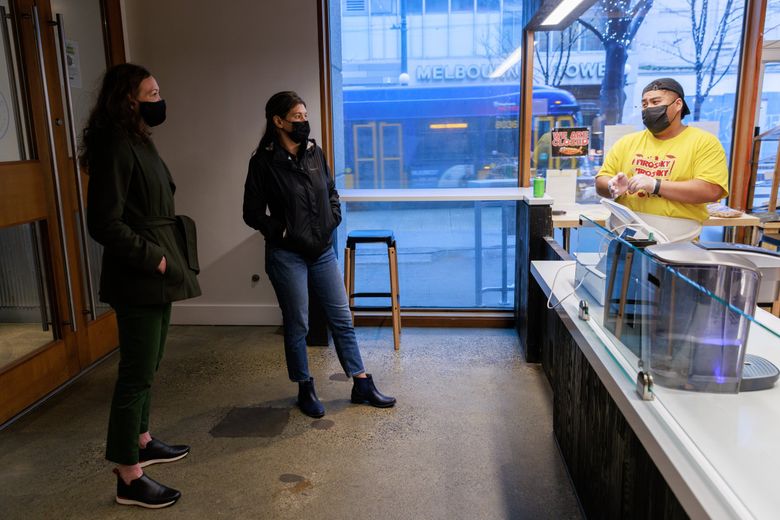 In early February, Sagan invited Ann Davison, Seattle’s newly elected city attorney, to accompany her on her route walking to and from work. She prefers the route with more street trash that has more security and lighting.

“It feels safer, but still, it’s always drug use and people shouting at you whichever way you walk,” she said at the time.

Davison has pledged to prosecute misdemeanors more often and more quickly. Yet even in the last few weeks, Sagan said, the level of crime intensified and she felt a sense of hopelessness.

“This is just too dangerous,” Sagan said Sunday.