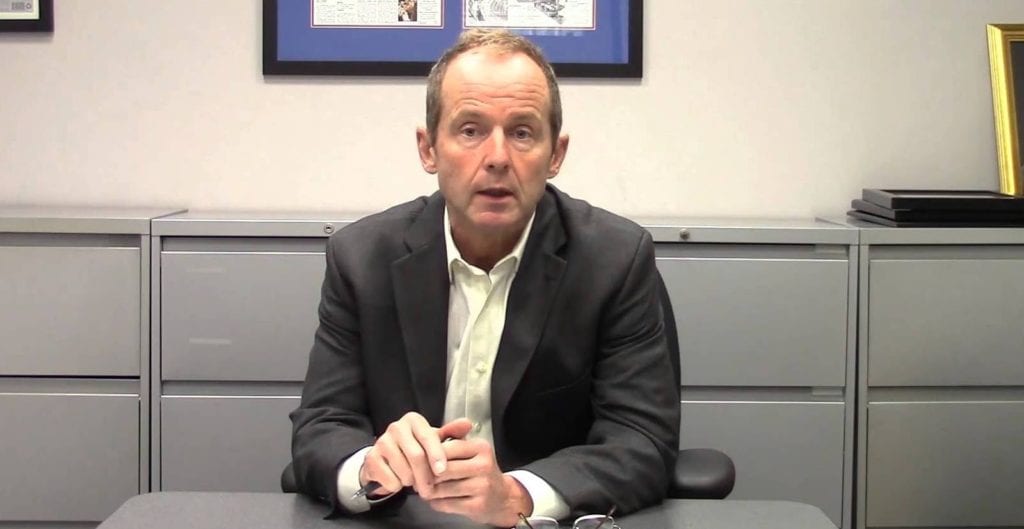 Lakeview Ald. Tom Tunney (44th) shared his notes from a recent public safety meeting, hosted by the mayor’s office, with his constituents in an email Thursday.

“During the meeting the Mayor, several City department commissioners, and Northside [sic] police district commanders shared the work they are doing to combat rising violence levels across Chicago,” Tunney wrote.

The veteran alderman, whom Lori Lightfoot appointed vice mayor after her election, ran down a list of the city’s anti-violence initiatives and provided a link to a colorful graphic, titled “Recent Public Safety Investments,” that shows how the city will invest $1.9 billion this year.

Here are two words you won’t find in Tunney’s email or the graphic: arrest and prosecution.

“Business Affairs is doing more random checks of businesses that have a certain number of safety complaints, and Streets & Sanitation is prioritizing requests to repair streetlights in high crime neighborhoods,” Tunney claimed.

The city will also increase access to mental health services, surely one of the most urgently needed programs. Any CTA ride or short walk would likely convince doubters. Yet the budget is $86 million, the second-smallest allotment of the plan’s 11 categories.

But there’s no mention of arresting more violent criminals, prosecuting more murderers, or — this may sound crazy — not allowing 95% of the people who shoot other people get away with the crime. And yes, 95% Chicago’s non-fatal shootings really do go unpunished.

Tunney’s email has not even a whisper about how the city will rein in carjackings, which are now on-pace to set another record this year. If they do, it will be the third consecutive record high.

Town Hall has already seen five murders this year — one in Lakeview, four in Uptown. That’s almost double the number seen at this point in 2021, 2020, 2019, and 2018 combined. Another Lakeview death will probably become a murder after the medical examiner’s inquiry concludes, according to sources.

The mayor and CPD Supt. David Brown have repeatedly claimed that the city cannot “arrest our way out of” its crime problem. Considering that the city’s plan to combat violence doesn’t even include the word “arrest,” one might wonder if the city will even try.