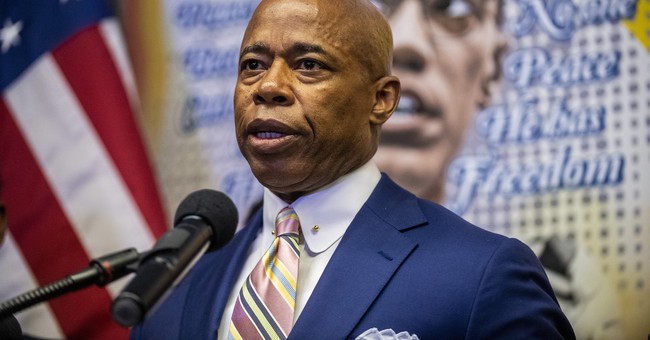 Bratton said Thursday on the “Bloomberg Businessweek” podcast, “The scales right now are tipped very heavily in favor of the reforms of the progressive left. Well-intended, some needed, but a bit too far, and what we have as a result is this growing fear of crime, this growing actual amount of crime in almost every American city.”

When asked by host George Stephanopoulos on ABC’s “This Week” if Bratton’s assessment was correct, Adams said he believes the former commissioner “is right.”

“Major mistakes made throughout the years that destroyed the trust that the police commissioner is talking about – we have to rebuild that trust,” Adams said. “But we can’t rebuild that trust by allowing those who are dangerous and that have – they have a repeated history of violence to continue to be on our streets.”

“We have unbottleneck the courts. Too many people during COVID when courts closed down have not served their time or have not been in the courtroom,” he continued. “And then we have to be honest about some of the things we’re doing generationally that has created the crime problem that we are facing right now. And that is why we believe in intervention and prevention to solve this issue that we’re facing.”

Stephanopoulos then asked New York City Police Commissioner Keechant Sewell, who was appearing on the program along with Adams, if she agreed with the mayor.

During the ABC interview, Adams was also asked about the recent subway shooting in Brooklyn. Stephanopoulos pressed the mayor on if there should be a better way to track people like the shooting suspect, pointing out that the shooter has been arrested several times and had previously posted rhetoric online suggesting violence.

Adams said that social media companies “must step up” and that there is a “corporate responsibility when we are watching hate brew online.”

“We can identify using artificial intelligence and other methods to identify those who are talking about violence,” he said.

The mayor also noted his concerns for drill music, a hip-hop genre, and took issue with people who speak about “inflicting violence on rival gangs.”

The subway shooter was arrested Wednesday after carrying out the crime on Tuesday, leaving 29 people injured.