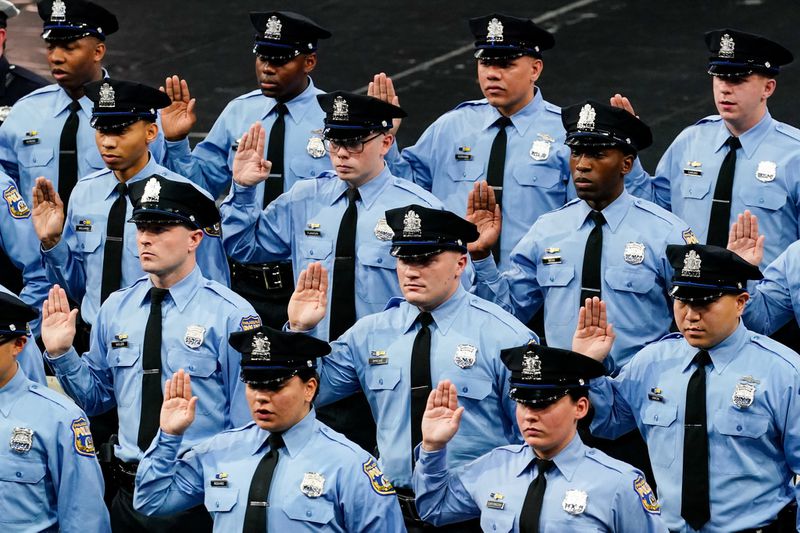 I live in Philadelphia, a hugely unequal city. Our access to education, transportation and health care — and the quality of these services — often depends on our ZIP codes. And nobody knows that better than people who live in minority communities.

So let’s suppose I said they’re wrong. Sure, they think they need better services. But they don’t know what they’re talking about, and the rest of us don’t need to listen to them.

Progressives would be outraged — and rightly so. The residents in our minority neighborhoods want to be afforded the same dignity and opportunities as anyone else. It’s callous — and, yes, racist — to ignore their wishes.

Except, it appears, when it comes to policing. Poor and minority people want more police on their streets. And progressives aren’t listening.

Consider a recent survey by the Pew Charitable Trusts, which found that roughly two-thirds of Black and Hispanic citizens in Philadelphia don’t believe the city has enough police officers, whereas white people were more than twice as likely as Black citizens to say that there are too many police. And the people who said the city had enough or too many police were also more likely to have a college degree and an annual income of over $100,000.

You don’t need a criminology degree to figure out why. As the same survey confirmed, over half of Black and Hispanic residents in the city reported that gun violence has affected their quality of life, while a little less than 20% of white citizens said the same. Minority communities face more danger, so they want more policing. And white and wealthier communities have less to fear, so they’re less likely to demand more police.

It’s not just a Philly thing; we can see the same trend in national polling. And African American elected officials are taking note of it. In New York, Chicago and San Francisco, Black mayors have called for more police. And here in Philadelphia, Councilwoman Cherelle Parker has led a charge to add 125 officers to the city’s strapped police force.

The response from many progressives? Police are the problem, not the solution. “We can get more surveillance, more cops patrolling the streets harassing our neighbors, but we can’t actually get safety with that,” said Kris Henderson, executive director of the Amistad Law Project. Instead, Henderson argued, the city should devote resources to what minority communities really need: education, health care and so on.

But that’s a false dichotomy, as the Pew survey confirms. Of course, our poor and minority communities need — and deserve — much better social services. But they also need more police officers, as residents of those communities have made clear. There’s nothing inconsistent about wanting both.

Nor is there anything contradictory about demanding better policing along with more officers. Racial profiling and brutality remain endemic problems on many municipal police forces. That’s why fewer than half of all respondents in the Pew survey said they feel confident that police in their community treat Black and white people equally.

But minority residents think that’s a reason to improve policing, not to reduce it. So why won’t progressives listen to them?

One answer lies in what political analyst Ruy Teixeira calls the Fox News Fallacy: If something appears on right-wing media, anyone who repeats it must be wrong. Turn on Fox, and you’ll see an endless loop of crime stories plus demands to step up policing. So if you want more police on our streets, the story goes, you’re enabling the other team.

Nonsense. The best way to empower Fox News — and to elect Republican candidates in November — is to dismiss minority concerns around policing. Ignoring them will confirm the GOP narrative about progressives as out-of-touch elitists, who hate on the police from the safety of their Uber rides and doorman-protected apartments.

I dare you to tell someone who lives with gun violence every day that we need less policing. And then tell me how you can call that progressive. I’m listening.

Jonathan Zimmerman teaches education and history at the University of Pennsylvania. He is the author, with cartoonist Signe Wilkinson, of “Free Speech and Why You Should Give a Damn.”